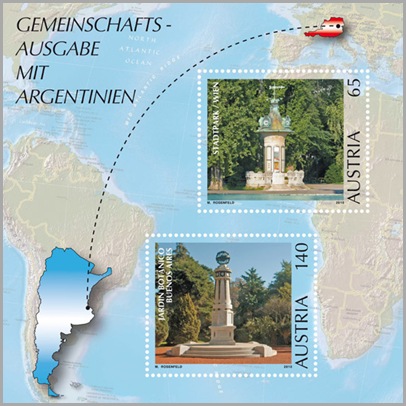 This miniature sheet is Austria’s stamp first joint issue with Argentina on year 2010. The miniature sheet depicted part of a world map in which both countries have been enlarged and highlighted graphically. The stamps themselves depicted the meteorological station of the Austrian-Hungarian Society at the Botanical Garden of Buenos Aires as well as the historical weather station at Vienna Stadtpark (City Park).