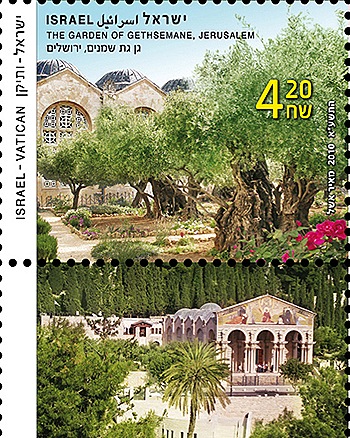 Israel Post and Vatican Post jointly has issued the stamp depicted the Garden of Getshemane, Jerusalem. The joint issued is only one stamp.

The garden of Getshemane is is a garden at the foot of the Mount of Olives in Jerusalem most famous as the place where Jesus and his disciples prayed the night before Jesus' crucifixion.

In the following shown photo of The Garden of Getshemane, Jerusalem. According to the New Testament it was a place that Jesus and his disciples customarily visited, which allowed Judas to find him on the night of his arrest.Overlooking the garden is the Church of All Nations, also known as the Church of the Agony, built on the site of a church destroyed by the Sassanids in 614, and a Crusader church destroyed in 1219. Nearby is the Russian Orthodox Church of St. Mary Magdalene with its golden, onion-shaped domes (Byzantine/Russian style), built by Russian Tsar Alexander III in memory of his mother. (taken from Wikipedia) 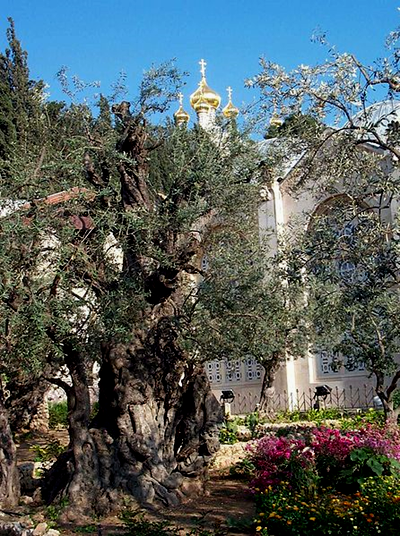