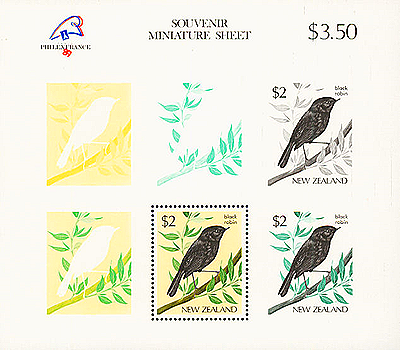 France Post issued the stamp featured the Black Robin (Petroica traversi) in one color separation stamp sheet on July 07, 1989 for commemorating their participation at the International Stamp Expo, Phillexfrance 1989. 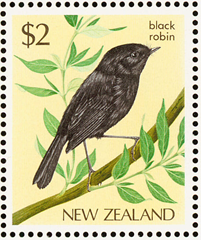 The species is still endangered, but now numbers around 250 individuals in populations on Mangere Island and South East Island. Ongoing restoration of habitat and eradication of introduced predators is being undertaken so that the population of this and other endangered Chatham endemics can be spread to several populations, decreasing the risk of extinction by natural disasters or similar stochastic events.