Micronesia Post has issued the stamp series feature the Terra Cotta Warriors and Three Gorges Dam for commemorating their participation at Beijing Expo 2010. 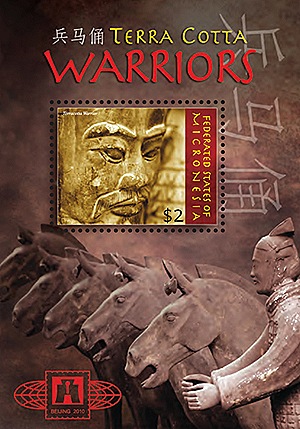 The "Terra Cotta Warriors and Horses", is a collection of terracotta sculptures depicting the armies of Qin Shi Huang, the First Emperor of China.

The figures, dating from 210 BC, were discovered in 1974 by some local farmers in Lintong District, Xi'an, Shaanxi province, near the Mausoleum of the First Qin Emperor.

The figures vary in height 1.83–1.95 metres , according to their roles, with the tallest being the generals. The figures include warriors, chariots, horses, officials, acrobats, strongmen and musicians. Current estimates are that in the three pits containing the Terracotta Army there were over 8,000 soldiers, 130 chariots with 520 horses and 150 cavalry horses, the majority of which are still buried in the pits. 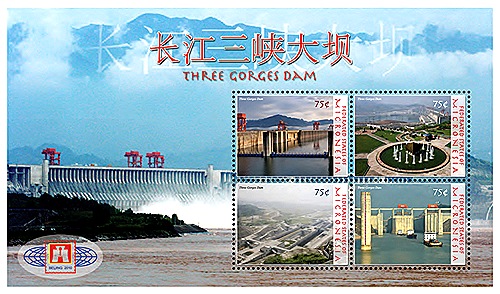