50th Anniv. of the diplomatic relationship between Việt Nam and Cuba 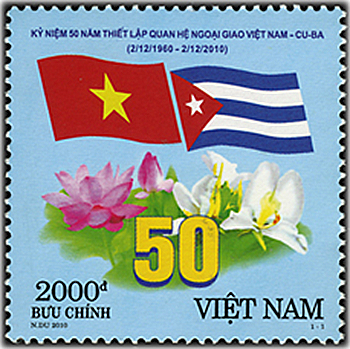 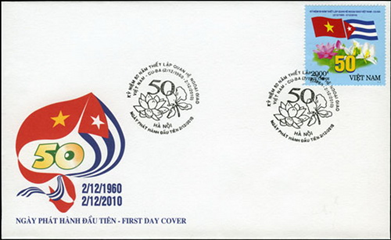 The two first day covers  which have a special postmarked and logo of the relationship. 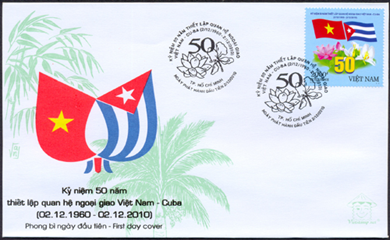