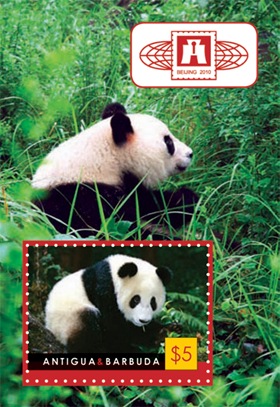 Antigua & Barbuda Post has issued the stamp series features Giant Panda, endangered species for commemorating their participation at the International World Stamp Exhibition 2010, Beijing, China.
The giant panda lives in a few mountain ranges in central China, mainly in Sichuan province, but also in the Shaanxi and Gansu provinces. Due to farming, deforestation and other development, the panda has been driven out of the lowland areas where it once lived.The panda is a conservation reliant endangered species. A 2007 report shows 239 pandas living in captivity inside China and another 27 outside the country. 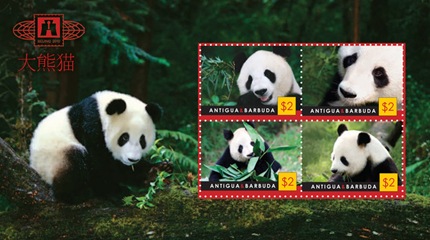