To celebrate the 50th Anniversary of Diplomatic ties between Korea and Australia , both post authorities have issued a set of two stamps feature their  traditional musicians  on  October 28,  2011. The musical instrument have been depicted on stamps are haegeum  and  didgeridoo. 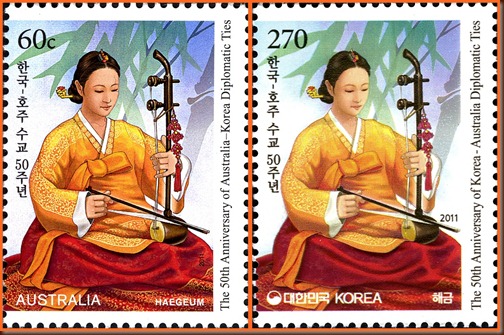 Haegeum musician
The haegeum is a traditional Korean string instrument, resembling a fiddle. It has a rodlike neck, a hollow wooden soundbox, and two silk strings, and is held vertically on the knee of the performer and played with a bow.The haegeum is one of the most widely used instruments in Korean music. 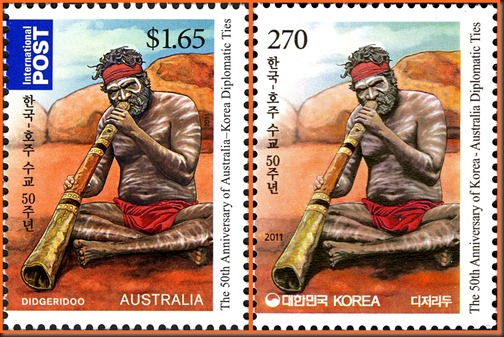 Didgeridoo musician
The didgeridoo  is a wind instrument developed by Indigenous Australians of northern Australia around 1,500 years ago and still in widespread use today both in Australia and around the world. The didgeridoo is sometimes described as a natural wooden trumpet or "dronepipe". Musicologists classify it as a brass aerophone